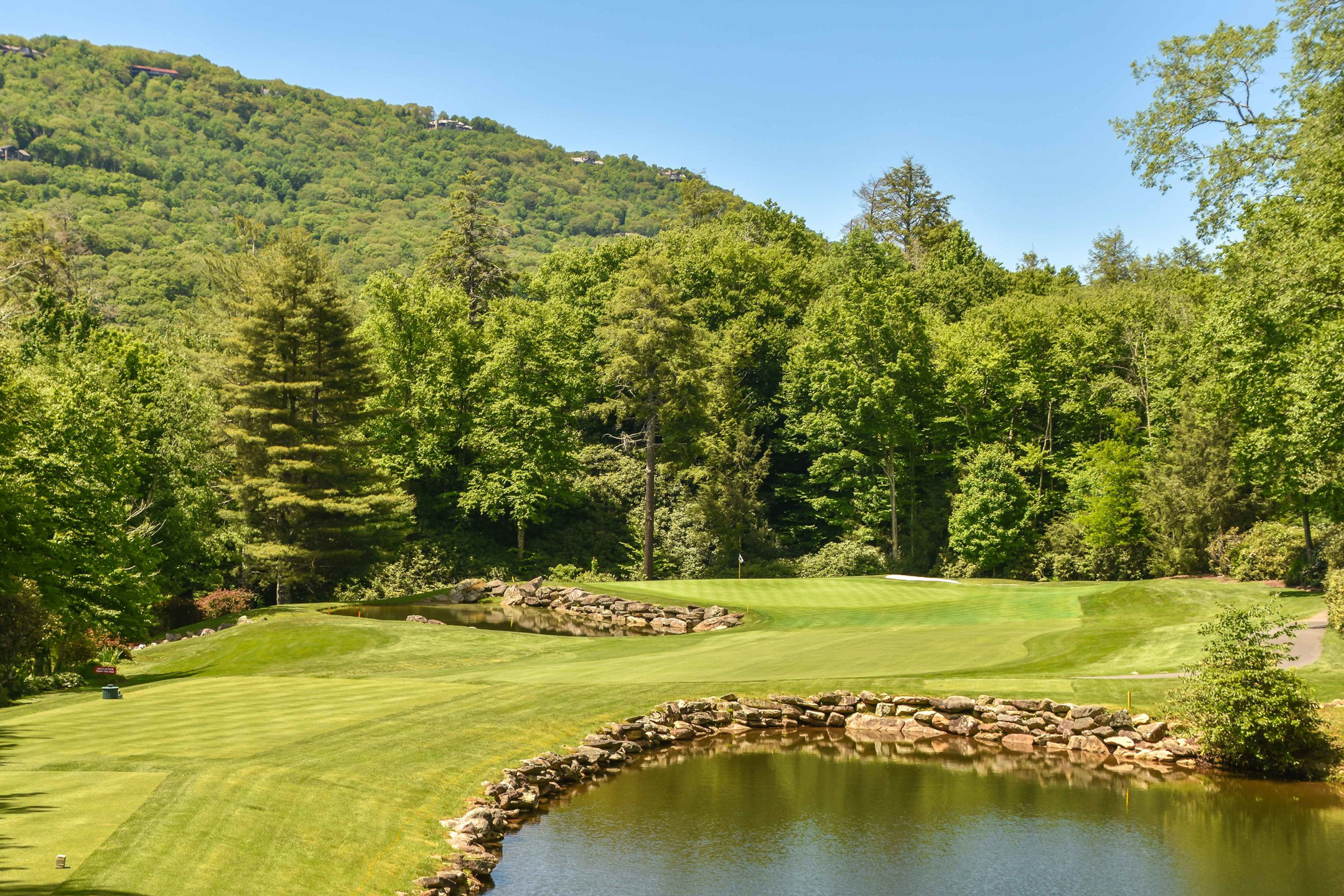 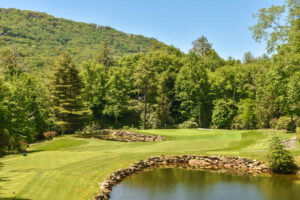 Hole 9, a 208-yard par 3 on the Championship Course at Grandfather G&CC

Situated northeast of Asheville in a scenic valley between two mountain ridges, Grandfather’s Championship Course was designed by Ellis Maples in 1968 as one of America’s first true mountain courses. Maples later designed a second course on-site named Mountain Springs, which was constructed in 1977 to monetize the remaining real estate development inside the gates of Grandfather.

Bobby Weed Golf Design has provided consulting services focused on short-term improvements and Master Plans to both golf courses for over a decade. Weed, a nearby seasonal resident, has tactically overseen these projects that have restored and improved upon Maples’ original intents.

“My past conversations with golf course architect, Ed Seay – who mentored under Ellis Maples and served as the on-site project manager – assisted our firm in understanding Mr. Maples’ true design objectives,” said golf course architect, Bobby Weed. “Mr. Seay also revealed how challenging the golf course construction was in difficult mountain conditions. From those discussions, we have upheld their design philosophies, while improving upon the golf course’s infrastructure, maintenance and aesthetics.”

The following elements were included in Weed’s latest project, which took place during each fall and spring from 2019 – 22:

Tees
A tee shift on hole 11 to the left expands the playing angle and sight line for drives. A new tee complex was built on hole 16 to add length and reduce the severity of the dog leg down a treacherous creek bed. Both enhancements influence the “risk versus reward” strategy.

Bunkers
Fairway bunkers were methodically rebuilt on holes 8, 10, 11 and 18 for improved maintainability and visual contrast.

Infrastructure
As a seasonal club subject to above-average rainfall and harsh winters, it was of utmost importance to maximize drainage and playability.

Diversion swales were reinstalled on the high sides of many holes to better contain surface runoff from encroaching onto golf holes.

Herringbone drainage systems were also installed in every fairway to enhance surface and subsurface drainage, as well as retain firm playing conditions.

Both structures now convey water into a primary storm drain.

The primary storm drain that conveys water down the mountain and across the golf course was replaced. The Corrugated Metal Pipes (CMP) had oxidized and begun to fail since their original installation in the late 1960s. These culvert drains were replaced with High-Density Polyethylene (HDPE) pipe, an ideal substitute that does not corrode and is well-suited for longevity throughout the golf course.

Hole 13, a 422-yard par 4 on the Championship Course at Grandfather G&CC

“On-going golf course infrastructure improvements are imperative to maintaining our high standards,” said general manager of Grandfather Golf & Country Club, John Cunningham. “We are appreciative of Bobby Weed Golf Design for their long-term relationship and commitment to our club.”